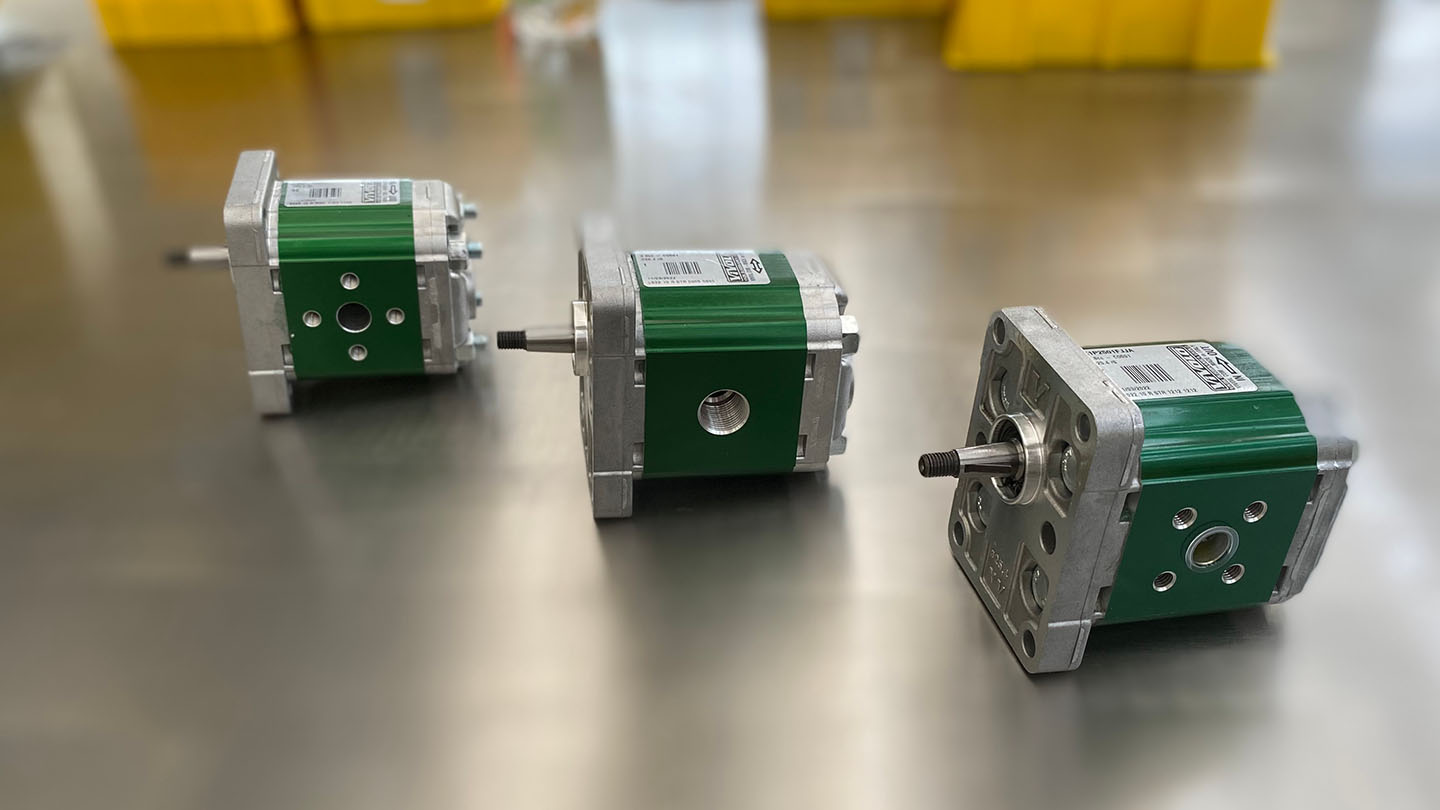 The characteristics of the three most common models

One of the fundamental elements of a hydraulic pump is the oil inlet port (connection): the opening to which the supply hose is connected.

There are several types of pump connections on the market, but the most common are three: the standard European port, the threaded port, and the German port.

Let’s take a look at their characteristics.

European standard port: the most used, but also the least resistant

The European standard port has a central hole for the oil passage and four smaller holes, arranged in a cross, which are used to fix the screws of the fitting that connects the oil pipe to the pump.

This is the most widely used type of connection in many markets but, compared to other types, it leads to a reduction in the fatigue strength of the pump body.

This occurs because in the section of the body that has the least thickness (the centerline) there are three holes: three discontinuities that weaken it.

As a consequence, the oil pressure – which is concentrated along the horizontal axis of the pump – can cause a fracture, which always occurs along the line of the centerline, as shown in the image below: 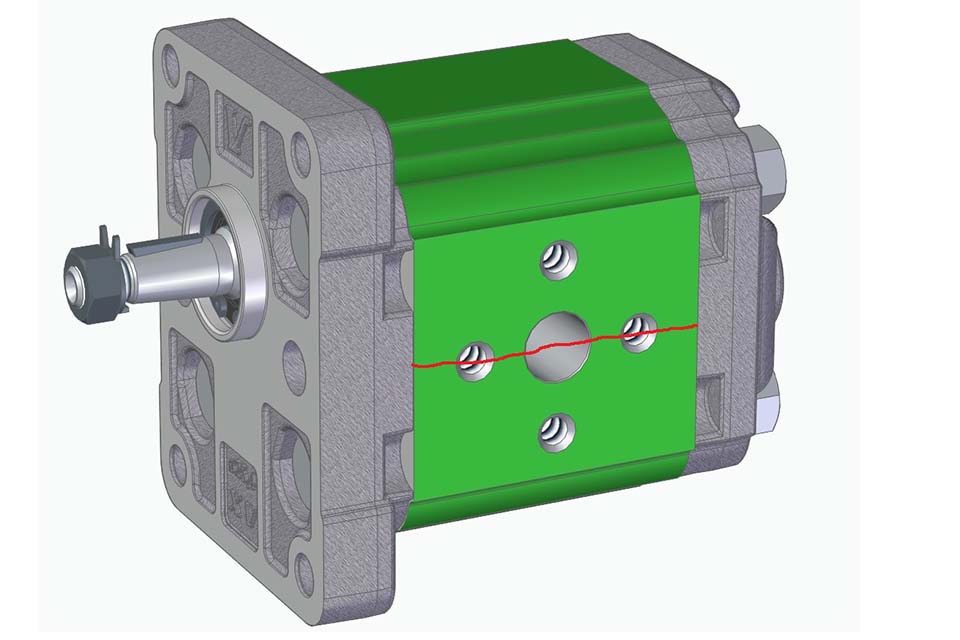 Also, usually, the fitting used to connect the oil hose to the pump is screwed in using only three screws (and not four, like the holes available).

This type of fixing, in fact, is called “elbow” because of the position it makes the pipe take. When the pump goes under pressure, in the presence of rigid pipes, a lever effect is generated that further stresses the mechanical resistance of the piece.

In the following images you can see the lever effect on the pump:

The second type of connection is the threaded model, which does not have separate screw holes.

The thread on the body itself is used for fixing the tube.

By having a single hole – and not three holes in a row as in the previous model – the section is more resistant and withstands cyclic loads better.

German port: the most robust model

The German port, like the European standard, has four threaded holes that are used to secure the fitting screws, but they are offset from the centerline where the maximum stress is.

In this type, in the line where there is the greatest stress, the thickness of the material has a single hole and as a result is more resistant.

In addition, unlike the European standard, all four screws are fixed, strengthening the structure and improving the strength of the pump.

Stress and pump failure: common cases and the V-shaped rupture

As we have seen, because of its function and characteristics, the pump port is subjected more than other elements to the action of oil pressure and therefore can break, especially when subjected to cyclic loads.

In most cases, rupture in bodies occurs centrally.

But, in particular conditions, it may happen instead that the rupture is V-shaped.

In this case, the rupture results from an anomaly due to pressure on the delivery pipe, as you can read in our in-depth study on V-shaped pump body rupture.

Not sure which type of connection to choose for your project?

Contact us, we’ll be happy to help you identify the best model for you.